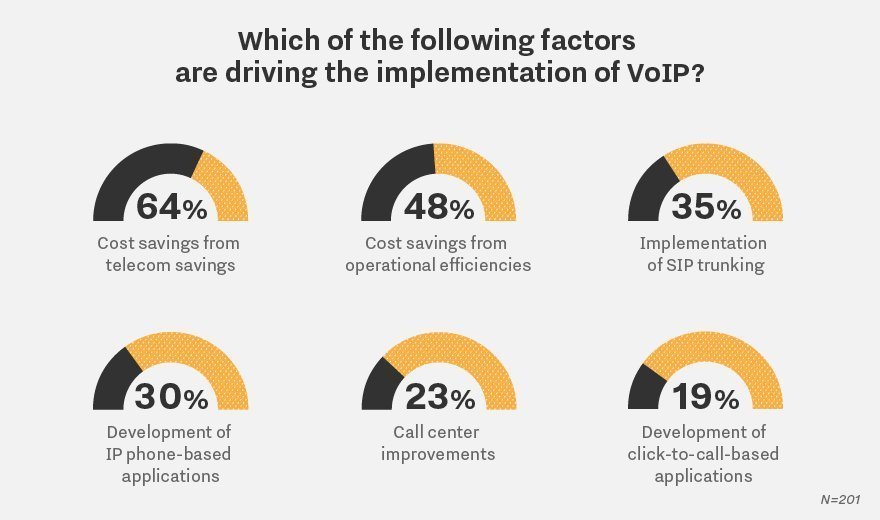 He said IP telephony is declining somewhere in the single digits and low double-digit percentages year over year, displaced by unified communications. "You can do a lot more with voice on a UC platform," he explained. "The standards are broader."

He highlighted wideband audio, which provides a richer audio experience than VoIP, as an example of this. "In the world of communications, human beings interact with each other in very nuanced ways," he said. VoIP was never meant to capture these nuances.

"I think more and more people are going to be really enamored with things like wideband audio," he said.

Audio experience grows in importance when today you're more likely to have conference calls with participants from around the world, he added. "[Participants] may be speaking English as a second or third language. There are nuances to accent, pacing -- there's a subtlety that's there."

"At the end of the day, all this technology is for nothing if the human beings at both ends don't have a better collaborative experience. ... So we're trying to do everything we can to make it so that it's a great experience," he said.