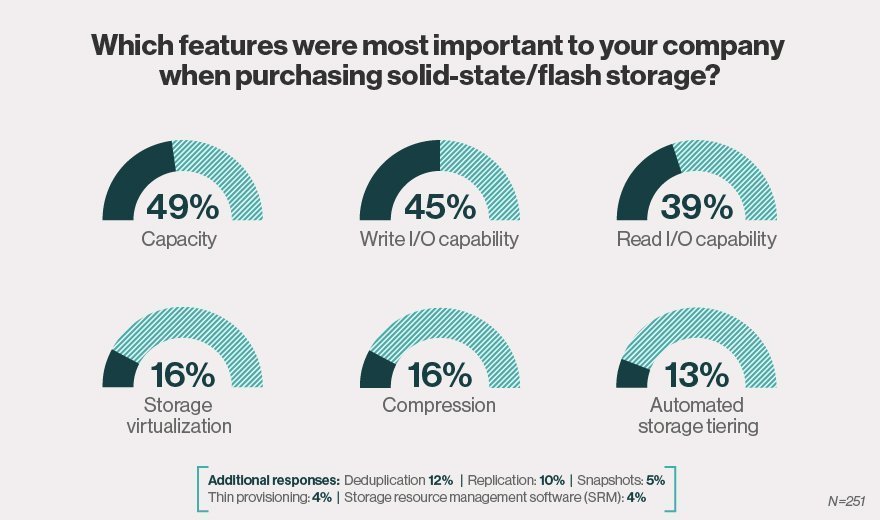 In the previous slide, George Crump explained how flash storage can help its users with capacity management:

Other important features that Crump noted included a system that is optimized to complement the performance capabilities of the flash storage itself. "[The system] needs to have a good design, so the data itself doesn't become a bottleneck to the performance of the system." Additionally, quality of service, he said, is becoming an important feature in hybrid arrays, as well as all-flash arrays.