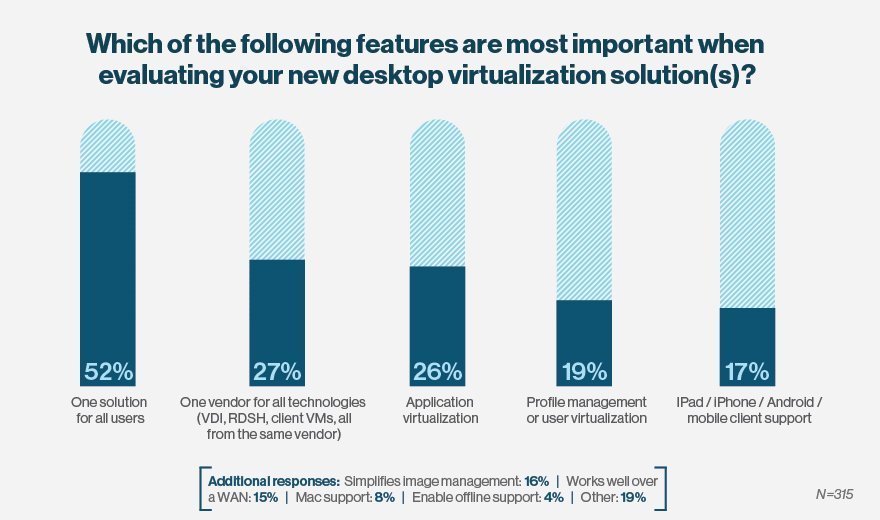 For customers evaluating virtual desktop solutions, one product feature stands out among the rest: Fifty-two percent of survey respondents said it was important that the product was "one solution for all users."

While virtual desktop infrastructure (VDI) may indeed support the majority of your customer's users, products may not provide 100% coverage. "You're certainly not going to hit 100% of your user base with a VDI solution. That's something that's just absolutely true," said Accelera Solutions Inc. president Joe Brown. For example, the solution is not going to be able to address users who frequently work offline or on engineering graphics. "There are particular use cases that don't necessarily match up well with desktop virtualization, but the vast majority of your enterprise users should be able to leverage a virtual desktop and be highly effective with it," he said.