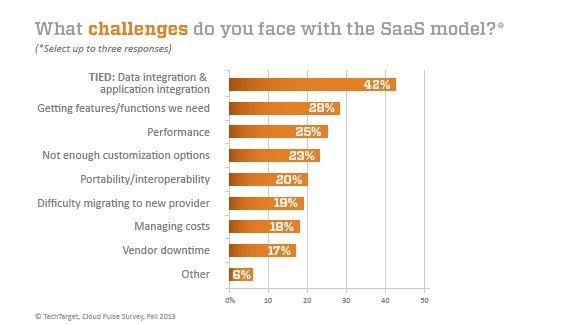 Software as a Service may be the hottest corner of the market, but cloud providers should also take note of what SaaS apps customers aren't buying. In 2012 and 2013, corporate performance management (CPM) and supply chain management (SCM) applications were the least popular SaaS apps. Finance apps were third from the bottom in 2012, while enterprise resource planning (ERP) software earned that dubious honor in 2013. According to Gartner, despite the advantages of cloud-based CPM software, it is often underutilized in favor of more basic programs, such as Microsoft Excel.

However, there is a silver lining for providers that compete in these areas. When asked which SaaS apps they were most likely to spend money on over the next six months, respondents identified SCM applications and finance software as their top two choices. Marketing and collaboration SaaS apps tied for third.