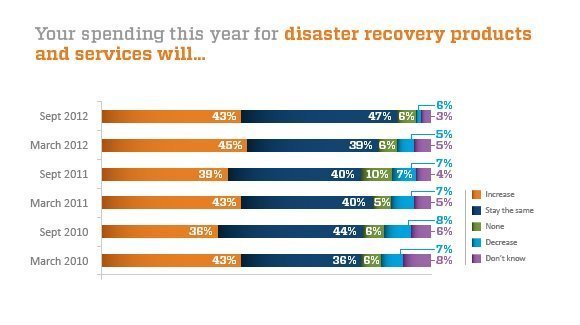 This uptick in allocation for disaster recovery costs most certainly relates to server virtualization, which makes DR easier and cheaper than ever before, bringing the practice to within reach of even small companies.