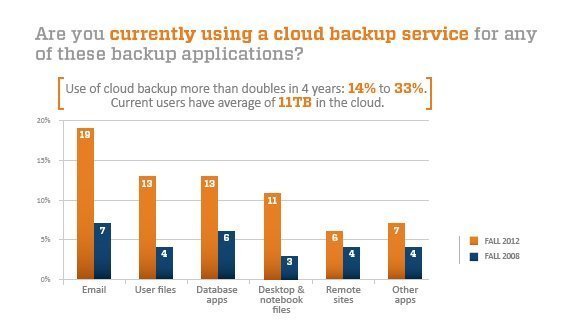 cloud backup has been getting mind share for at least a few years, and in 2012, it also got storage administrators' budgets. Thirty-three percent of respondents said they were currently using some kind of cloud backup service, and 46% planned to increase spending on it in 2012. Of those who were not using a cloud backup service, the most popular main reason was "not comfortable sending our company's backup data into a public cloud," cited by 33% of those respondents. Twenty-six percent said that their existing backup setup was sufficient. Fifteen percent of those not already using cloud backup said that they were evaluating it.