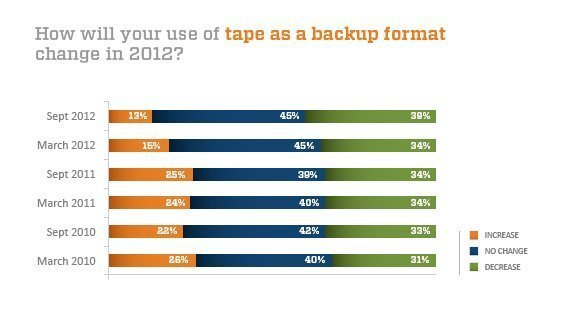 One technology is poised to stave off or slow the rate of tape's decline: Linear Tape File System (LTFS), a self-describing tape file system that can be read by any computer that runs the LTFS software. It's a potential boon to tape archiving. The format was rolled out in 2010, with LTO-5 tapes supporting the technology. The next generation, LTO-6, has been released by the LTO Consortium, and several vendors are on their way to delivering tape products certified as LTO-6-compliant.