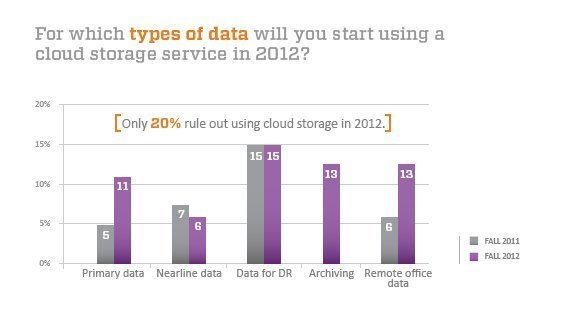 Among those survey respondents whose companies had not yet used cloud storage, meanwhile, about 80% said they would give cloud storage implementation a try in 2012. The highest percentage went to disaster recovery purposes (15%), followed by, respectively, archiving and remote office data (a tie), primary data, and nearline data. Only 20% of those who had not used cloud storage completely ruled out its use in 2012 -- a significant drop from the 54% who said the same thing in the fall 2011 poll.