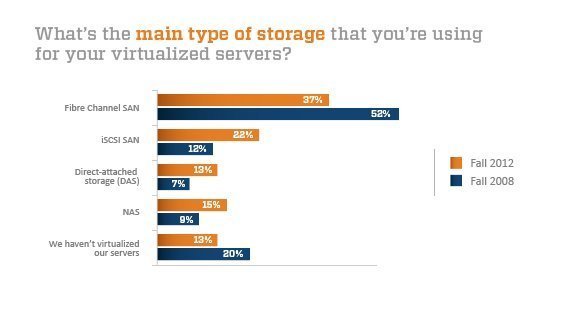 Our survey shows that Fibre Channel SAN is still the top choice for virtual machine storage, though its numbers have dropped significantly since the fall 2008 survey (52% to 37%). ISCSI SAN, network-attached storage and direct-attached storage, meanwhile, have all seen their numbers increase in that time period. Fibre Channel owes its dominance partly to the fact that many of the applications that were moved to virtual machines had already been using Fibre Channel.