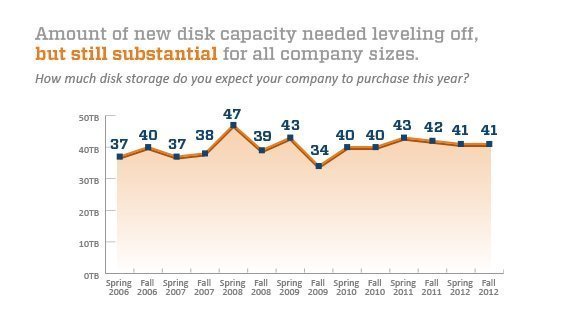 Purchasing plans for new disk capacity have fluctuated within a small range over the past few years' surveys (the average in the fall 2012 survey was 41 TB, down by 1 TB year over year). It's likely that the shifts in disk capacity growth are due to economic uncertainty and greater use of storage efficiency technologies such as deduplication, compression and storage tiering. Respondents from small companies reported the biggest shift: 18 TB on average versus 22 TB on average in spring 2012. Respondents from midsize companies reported purchase plans for an average of 55 TB.