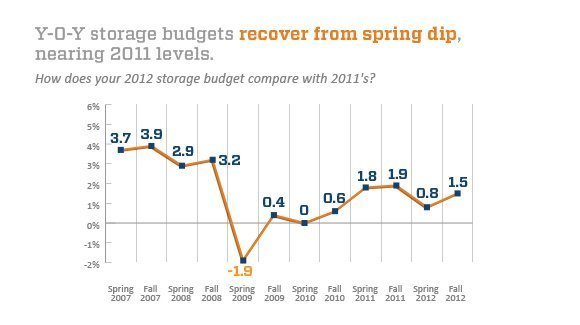 Storage administrators responding to the fall 2012 Storage Purchasing Intentions survey reported an average year-over-year storage budget increase of 1.5%. Respondents from big companies (those with revenues of more than $1 billion) reported budget growth of more than four times that of small companies (those with revenues of less than $100 million): 3.1% versus 0.7%. The big companies' number is two full percentage points higher than in the spring 2012 survey, in which the average year-over-year storage budget for the entire respondent base increased by 0.8%.