Solution provider's takeaway: Discover how using parallel SQL with Oracle parallel hints will improve your customer's Oracle database performance by using to parallelize SQL statements. Using the information from this chapter excerpt, you can learn how to augment the performance of individual SQLs or the application as a whole.

Parallel SQL enables a SQL statement to be processed by multiple threads or processes simultaneously.

Today's widespread use of dual and quad core processors means that even the humblest of modern computers running an Oracle database will contain more than one CPU. Although desktop and laptop computers might have only a single disk device, database server systems typically have database files spread— striped—across multiple, independent disk devices. Without parallel technology— when a SQL statement is processed in serial—a session can make use of only one of these CPUs or disk devices at a time. Consequently, serial execution of a SQL statement cannot make use of all the processing power of the computer. Parallel execution enables a single session and SQL statement to harness the power of multiple CPU and disk devices.

In this chapter we look at how Oracle can parallelize SQL statements and how you can use this facility to improve the performance of individual SQLs or the application as a whole.

In a serial—nonparallel—execution environment, a single process or thread undertakes the operations required to process your SQL statement, and each action must complete before the succeeding action can commence. The single Oracle process might only leverage the power of a single CPU and read from a single disk at any given instant. Because most modern hardware platforms include more than a single CPU and because Oracle data is often spread across multiple disks, serial SQL execution cannot take advantage of all the available processing power.

We can request that Oracle execute this statement in parallel by using the PARALLEL hint:

If parallel processing is available, the CUSTOMERS table will be scanned by two processes in parallel. A further two processes will be employed to sort the resulting rows. A final process—the session that issued the SQL in the first place—combines the rows and returns the result set. The process that requests and coordinates the parallel processing stream is the Query coordinator. Figure 13-2 illustrates this sequence of events.

Oracle supports parallel processing for a wide range of operations, including queries, DDL, and DML:

Parallel processes and the degree of parallelism 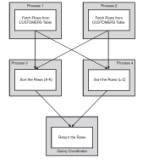 Figure 13-3 shows how parallel slaves are allocated for a DOP of 2.

Figure 13-3 Parallel process allocation for a DOP of 2.

and PARALLEL_MAX_SERVERS determine the initial and maximum size of the pool. If insufficient slaves are currently active but the pool has not reached its maximum value, Oracle will create more slaves. After a configurable period of inactivity, slave processes will shut down until the pool is again at its minimum size.

If there are insufficient query processes to satisfy the DOP requested by your statement, one of the following outcomes results:

See the "Parallel Configuration Parameters" section later in this chapter for more information on how to configure these outcomes.

We discussed in Chapter 2, "Oracle Architecture and Concepts," and elsewhere, how the Oracle buffer cache helps reduce disk IO by buffering frequently accessed data blocks in shared memory. Oracle has an alternate IO mechanism, direct path IO, which it can use if it determines that it would be faster to bypass the buffer cache and perform the IO directly. For instance, Oracle uses direct IO when reading and writing temporary segments for sorting and intermediate result sets. In Oracle 11g onward, Oracle sometimes uses direct path IO in preference to the normal buffered IO for serial table access as well.

On many systems, the limit of effective parallelism will be determined by segment spread, not by hardware configuration. For instance, if you have 32 CPUs and 64 independent disk devices, you might hope for effective parallelism up to at least a DOP of 32 or maybe even 64. However, if the table you are querying is spread over only 6 disks, you are likely to see performance improvements reduce as you increase the DOP beyond 6 or so.

Figure 13-4 illustrates the improvements gained when increasing the DOP for a SQL statement that performs a table scan and GROUP BY of a single table.

The host configurations shown are

In each case, the parallel SQL was the only SQL running.

These examples show that for suitably configured systems, performance gains were greater the more CPUs that were available. However, attempting to use parallel on a host that is unsuitable (as in my laptop) is futile at best and counter-productive at worst.

Guy Harrison has worked with Oracle databases as a developer, administrator and performance expert for more than two decades. He has also authored MySql Stored Procedure Programming.

This chapter excerpt on Parallel SQL (download PDF) is taken from the book Oracle Performance Survival Guide: A Systematic Approach to Database Optimization. Get pertinent information on optimizing Oracle performance to maximize customer investment, from application design through SQL tuning.

Printed with permission from Prentice Hall Inc. Oracle Performance Survival Guide: A Systematic Approach to Database Optimization by Guy Harrison. For more information about this title and other similar books, please visit http://prenticehall.com.

How to deal with Oracle database bottlenecks