Among the many disruptions and benefits the cloud has provided is one that is not often discussed: a willingness on the part of channel partners to take chances on lesser-known IT vendors for a variety of technologies. Industry experts we spoke with say the days of partners aligning themselves strictly with market leaders is significantly shifting and they are increasingly rolling out the welcome mat to other players.

It used to be that regardless of which products were newer or had better margins or incentives attached to them, channel salespeople would lean toward what the customer was comfortable with, observed Ryan Morris, principal consultant at Morris Management Partners, which conducts research about channel program effectiveness and partner productivity. Traditionally, if customers were strongly aligned to IBM or HP for servers, for instance, the likelihood that a partner would try to switch a customer to a different product was incredibly low, he said.

But an innovation shift has occurred and become the catalyst for change, Morris said. "The market didn't change because new sellers entered with a new product or style. The market changed because customers changed their criteria for what would win," he explained. "And when customers changed their mindset, the market moved away from favoring very established, large-name vendors toward young nimble alternatives that don't have luxury of relying on their established brand, and they have to try harder in the relationship, and that matches up with needs and wants of the channel."

The channel is now collectively adding more product lines than they are dropping and they are adding those lines in existing categories where they already do business at a faster rate, according to Morris Management Partners research. Additionally, a percentage of their revenue comes from products or service offerings a partner did not sell a year ago, he said. "So if I'm a solution provider doing $10 million in total revenue and of that $1 million is based on new product offerings I just picked up in the last year … that to me says people are expanding their horizons and counting on new things to drive success -- not just the new performance of existing products."

Additionally, in the past five years, partner satisfaction with vendor programs has declined, Morris said. "What that says is, it's not just that people who are loosely affiliated with [a vendor] who are considering other alternatives, it's also the guys deeply engaged and highly committed that are also considering other alternatives. It's a structural shift in market dynamics that will significantly reshuffle market leadership in every category."

Cloud computing, he added, intensified that shift. "In the cloud world, it's not about new technologies; it's about a new way to deliver technologies and … that you eliminate the physical boundaries of distribution. [Cloud] didn't start the trend -- [it] made it catch fire."

When cloud computing came along, people could go to an online catalog and click on what they wanted, and it was instantly available, Morris noted. That gave many small IT vendors a little bit of toehold. Although customers were "born and raised in the professional world [to believe] big brands mattered," they've gone through a transition from being 100% committed to only one brand to having a willingness toward considering alternatives, he said.

Partners will start with "fringe technologies" that individual business units need, and once those technologies become more centralized to the rest of the business, the customer is willing to experiment, and so the partner is willing to experiment too, Morris said. "There's a freedom because the customer says, 'You bring me a good story and I'll listen. I don't require that it's only the leading brand in the market.'"

A classic example of that is in online or hosted storage and backup solutions, he said. Smaller IT vendors like Datto and StorageCraft are just a couple of companies that are gaining a foothold in the market, he said.

Adam Jorgensen, president of Pragmatic Works, a consulting and training services company based in Middleburg, Fla., said the company is often asked by its clients to make technology suggestions when Pragmatic Works is brought in to implement systems. While the priority is to use whatever will meet the customer's needs, Jorgensen said there are times when smaller, lesser-known vendors are chosen because they have a feature in their cloud offering that an Amazon or Microsoft doesn't have.

"A client may want to use a particular provider for a certain functionality but we'll say, 'Let's show you something else,'" he said. "Only about 5% of the time a customer will say no to a lesser-known vendor -- as long as they get to try out the technology," he said.

For example, Pragmatic Works has done implementations of Microsoft's Power BI, part of Office 365, which "has gaps like every other product, so when that happens we bring in other smaller vendors," Jorgensen said. A year ago, a vendor called Tableau Software was "the scrappy kid on the block, trying to get a seat at the table." Jorgensen said the company's Tableau Desktop software provides visualizations for creating reports and maps, something that Office 365 cannot do right now. "We brought them in and prototyped it out [for a financial services company] and the customer said, 'It's pretty easy to use and will work for us,'" so Pragmatic Works deployed Tableau Desktop with Office 365. The customer has since increased its adoption of the software.

"In certain technology areas, like cloud and analytics, we know as an integrator the big vendors can't solve everything," he said.

Overall, he said Pragmatic Works tries to build relationships with vendors they know build good products and will see good results from. "If their solution makes sense, we'll bring it in or we'll give them feedback and say, 'You would have been a fit if you had done X.' … No one's going to give them a shot if it's not a really, really good fit."

"Small vendors who come into a brand don't have the luxury of 20 years of reputation and an installed client base," agreed Morris. All they have is their ability to foster relationships and make partners want to do business with them by offering solid products and policies that are preferential to them.

Today there is less of a focus on vendor name and more on the problem a customer has and needs solved, Jorgensen said. "It's becoming less of a, 'Let's do what everyone is doing,' and more of a, 'Look what we were able to accomplish, and eat my dust.'"

Smaller IT vendors still have their challenges, notably with visibility, said Kevin Rhone, director of the Channel Acceleration Practice at Enterprise Strategy Group. Rhone said that over the past few years, large vendors with broad product bases are increasingly trying to make sure they're in a solid position with 20% of the largest partners. He said all the vendors are "fighting" over the 20% classified as the highest-performing partners "and making sure we get all their love and attention," at the expense of smaller partners.

"So the new vendor's product has to be pretty darn compelling to get [large] partners to shift how they spend their days," Rhone added.

Like Morris, he said he's seeing some movement toward partners eyeing vendors offering innovative cloud services as well as those involved in flash storage, "but major vendors are counteracting with offerings of their own." Two flash storage companies capturing mindshare and gaining market share are SolidFire and Tintri, according to Rhone.

Partners will embrace smaller IT vendors if they're disruptive and innovative and if the path to revenue is quick, he said. "So, yes, it's happening. But it's not an easy task for those smaller vendors."

Right now is prime time for the small alternative vendors across the board, Morris maintained. They should "strike while the iron is hot because market conditions are set up to favor small vendors," he said. On the flip side, channel partners should re-evaluate their portfolios, Morris said, and if they're carrying vendors whose policies don't give them an advantage in the market, they should look elsewhere.

"Now is the time to reconsider your assumptions about why you do business with certain vendors," Morris said. "I assure you there is an alternative [vendor] in every category who would love to have conversations with channel partners to let them know just how channel-friendly they are."

SearchITChannel - 4 Dec 2014 5:50 AM
Are you more open to partnering with smaller IT vendors than you were five years ago?
[-] 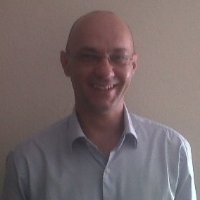 4CornerNetworks - 6 May 2015 11:36 AM
Will clients get the same attention to detail, quality of service and competitive pricing by going with the big boys? Smaller vendors can be more responsive, adding a layer of flexibility the larger vendors simply cannot offer. Sometimes Small Business is Good Business :)